Shouts and jeers rose over the rain. And one girl gave me a terrifying look that made my hair bristle on the back of my neck. It was like a scene out of one of those awful mean girl teen movies. And I was the stupid schmuck who was about to get eggs thrown at her.

But that was just in the movies. This was real life. These girls didn’t WANT to hurt me, did they?

And besides, I was much older than them. All I’d have to do was tell them to fuck off and they’d run like the puppies they were. Easy peasy. With my head held high, I stepped into the middle of the mob but before I could get a word out, one of the girls pounced on me.

“Leave James alone, you whore!” she shouted. She peppered my body with stinging slaps and like a moron, I tried to fight back but was doing a horrible job at it. Then I heard Dom’s scary voice echo, “LEAVE HER ALONE!” But the girl kept slamming me, and I crouched to the ground to get away from her, praying that maybe some rando lightning bolt would end me right there.

When suddenly, the slapping stopped. I looked up to see Dom holding the girl who had been hitting me. Dom flung her aside and yelled at the girls to leave or they were all going to jail for trespassing. She reminded me of my fifth grade principal, Ms. Cracker. You did NOT want to mess with her. All she had to do was give you “The Eyeball” and everyone would pee their underoos.

Dom missed her calling. She would have made a great principal.

Shuddering, I wrapped my arms around my friends, so glad that ordeal was over. What would I do without my fearless friends? Thunder rumbled above us and Dom said, “As much as I love the rain and darkness and cuddles, I really don’t want to get fried from a lightning strike. Let’s go!” We hurried inside. I decided to take a PTO day. My nerves were a frazzled mess.

Thirty minutes after I talked with my boss, James’ number showed up. (Which flashed as Jenny.) I punched the green answer swirly. “What the FUCK do you want?” I boomed. How’s that for manners? I was actually proud of myself for answering him in the first place. I woke to my press agent’s harried voice, telling me to check social media.

It took five seconds when I saw Lexie’s face and my nemesis, FLAMESFOREVR plastered all over the place. (This psycho had a standing restraining order to not come within 1000 feet of wherever I might be nor was she allowed to attend any concerts.) Someone got a video of them going at it in front of Lexie’s house.

I decided to take over. I didn’t give a shit if Lexie wouldn’t speak to me. 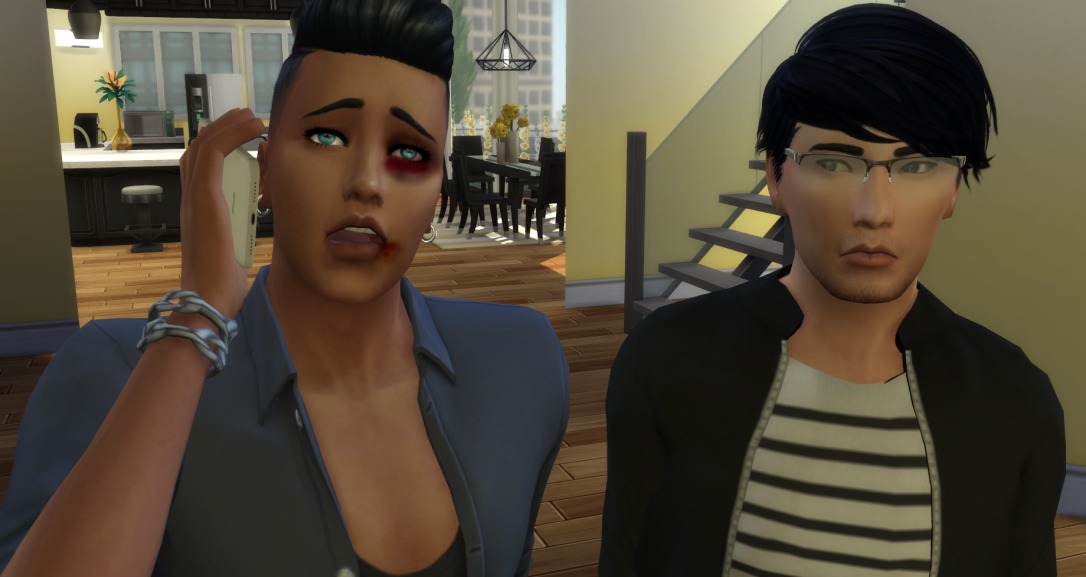 Lexie spat, “Like you fucking care. And oh, by the way, don’t call me again!” “Wait, Lexie! Please! I just want to help. Let me send a car around to pick you and the Sisterhood up. You’re not safe there. I’m afraid more fans might show up.” 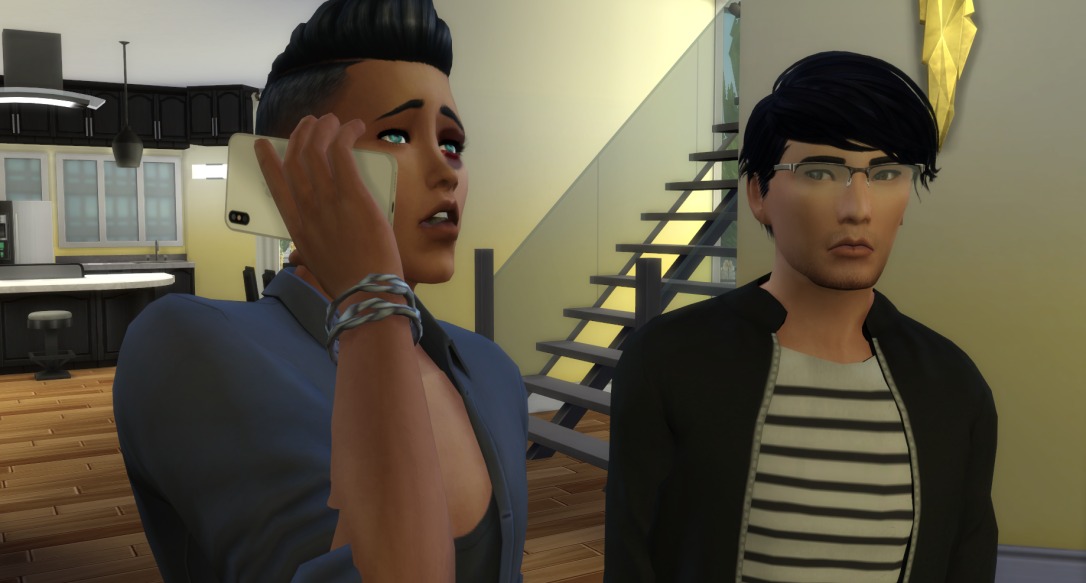 “I think I can handle it. I’ll…” her voice stopped. Then she sighed loudly and whispered, voice cracking, “I don’t want anything from you.” God. It was worse than I thought. But what did I expect? She hated my guts. “Do you want to talk to Charlie?”

I heard a scratchy sigh then she said, “Yes. Put him on.” 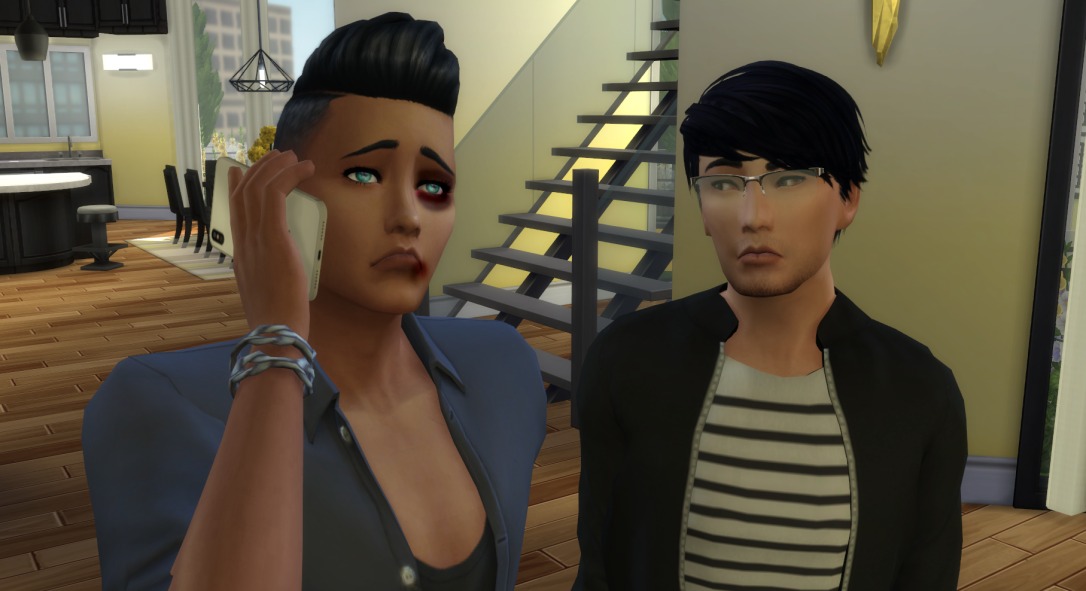 Charlie took the phone. I hated watching him get all her attention now. He wasn’t a saint in this either. He’d lied to her, too. But there he was talking her through this situation and convincing her to stay with us until things blew over. I should have been celebrating. But I couldn’t. I wanted to punch something. 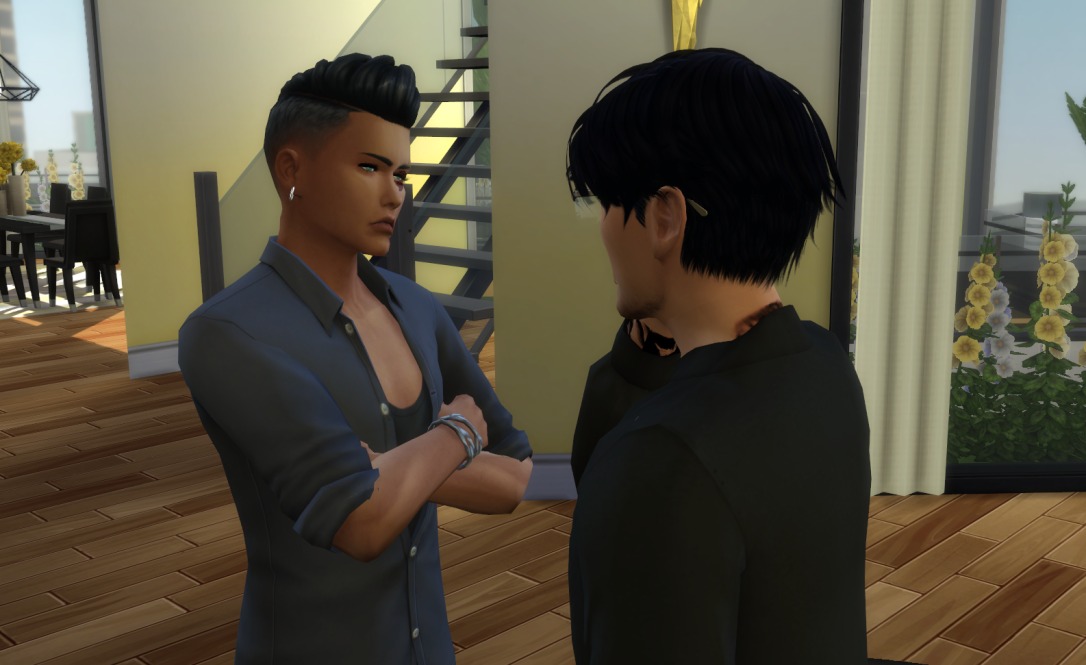 “All right. See you then,” Charlie said, obviously making plans to get her.

I shook my head. This was nonsense, but…I was beyond-reason fangirling over Charlie. And although I was mad at him, too, because yeah, he the fuck knew what was going on. They all did. I couldn’t say no to him. But just to make Charlie completely sure I was still upset, I said, “Don’t come. Just send the car. Okay?” “All right,” his soft low voice reverberated in my ear. I almost melted on the spot. “See you then.”

I dropped on the floor, not believing what I was agreeing to and chewed my nails. What was I doing? I called a meeting of the Sisterhood.

“Let me get this straight,” Reese said, “The Heartthrobs want us to live with them?”

“Just for a little while. Until the fandom forgets all about me. Our address is toast. They’ll come back. And we can call the police every time, but who wants to do that? Plus, they could follow us at any time and ambush. Charlie says we’ll get the same protection they do–bodyguards and everthing.” “Are there enough rooms for all of us?” Dom asked. “I won’t share. And I’ll need my equiptment for work.” “Charlie assures me they’ll send movers here to bring over whatever we wish. He also said they have nine bedrooms. Only one of us will have to share.” Elara said, “I’ll make the sacrifice and forgo my own room. Lord Bloodmoon has promised to give me his quarters after they’ve been renovated to my specifications.” “Then we’ll fit. You all don’t have to stay there for long. Just until you find other places to stay. You’re not the ones the crazies are after.” Copper looked at us sheepishly. “I just got word from our landlord that they’re going to put this house on the market anyway,” Copper said in her tiny voice. “So, it would be kind of the boys to let us stay until we found new places.” “Then is it decided?” I asked.

Dom shrugged. “Sounds like our only choice at the moment. We’re the Sisterhood. How hard could it be living with one of the most famous boy bands of the century?” Elara arched her eyebrow. “I’ll expect all of us to be royally compensated for this egregious impropriety. Lord Bloodmoon will surely pay as should they all. I’ll see to it personally.” I tried not to imagine what Elara meant about that and instead focused on how I was going to avoid the asshole James all the while I was living in the same penthouse.

Damn Flamers. This was insane. 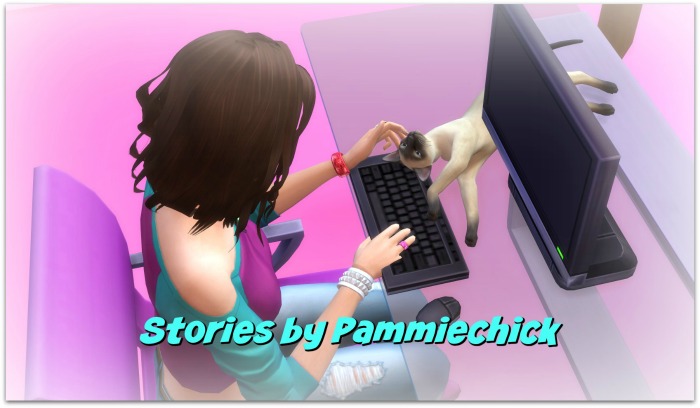