Owen Betts: Welcome to this edition of Sims Entertainment where we present: “Heartthrob, Where Are They Now?”

Owen: I’m Owen Betts talking to you live in front of the home of James Sanderson and Lexie Day here in Brindleton Bay. It’s been nearly five years since the boyband sensation, Heartthrob, broke apart and went their separate ways much to the angst of almost every teenaged girl in the country. We all know what happened to James–he went on to produce two platinum albums, he married Lexie Day, a Velvet’s Secret supermodel, and is a parttime judge on the very popular “Sing It” contest show.

But what happened to the rest of the band members? Where are they now?

We have exclusive footage of Charlie spending time with an otherwise unknown woman in Forgotten Hollow.

Sims Entertainment received exclusive word that this woman is none other than Lexie Day’s best friend, Domina Langosta, who grew up in Forgotten Hollow. 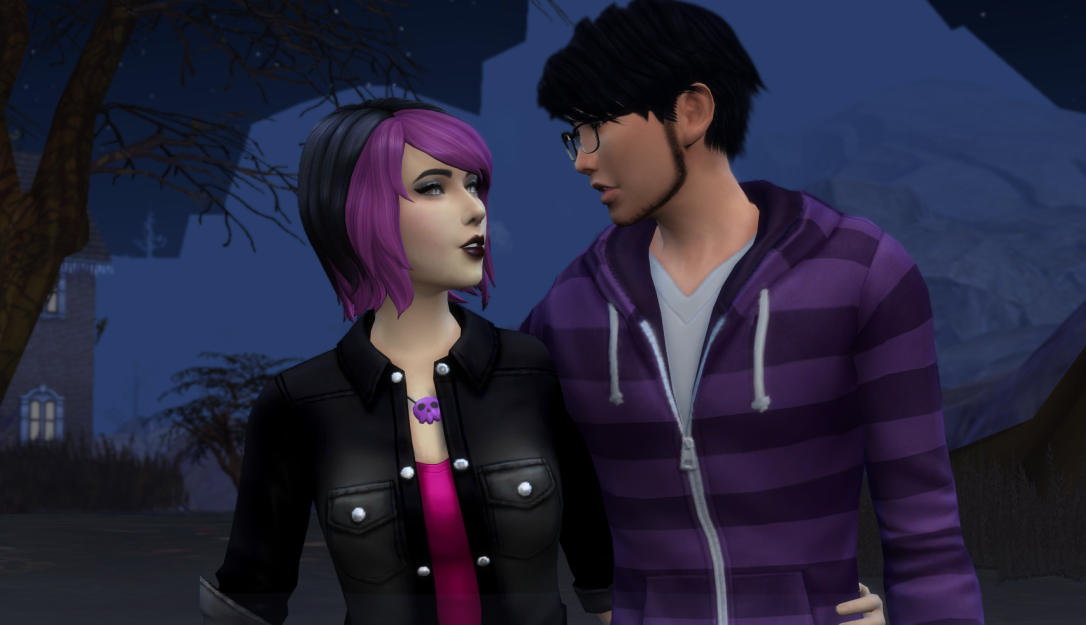 Will this self-proclaimed bachelor finally settle down? Time will tell.

Next, we catch up with the most unusual band member of all: Nathan Murdock. He married the woman who brought LARPing or Live Action Role Playing into the mainstream. Her name is Brooke Marx, whose altar ego is called, Elara Shadowalker, a queen of the night who seeks power, destruction and vengeance.

They now own several mansions where they hold their exclusive LARP-ing club conventions. Here is one of them in Newcrest. 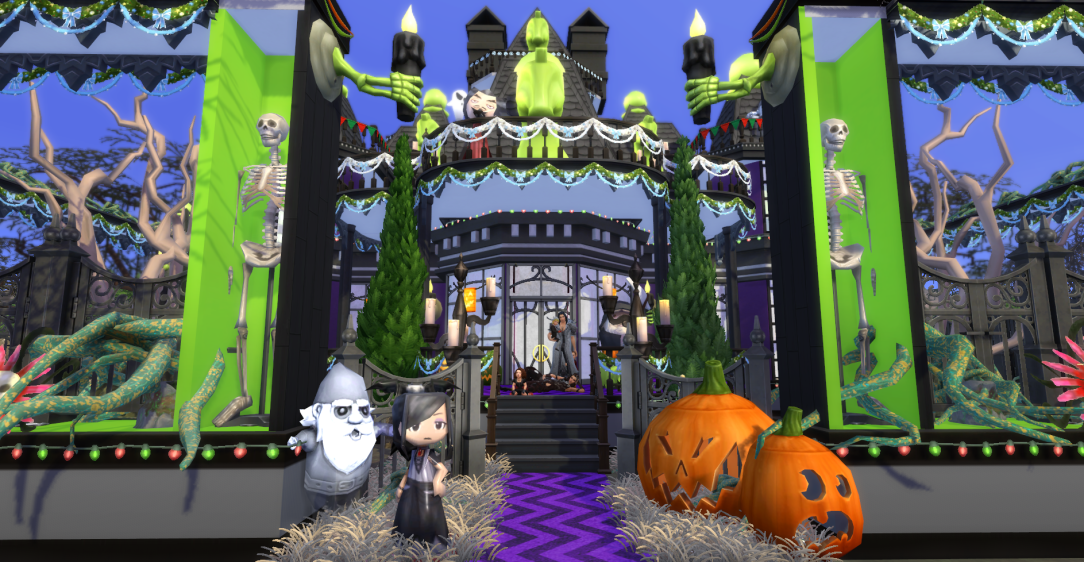 As you can see, they are posing for this picture with their triplets, Uriah, Dusty, and Mala. We hear the children love to join in the fun, too.

Owen: Now, my correspondent, Gabby Steele, will tell you about the rest of the band members while we wait on our team in Selvadorada who will be peeking in on James Sanderson and Lexie Day. Gabby? Are you there?

Gabby: I’m here, Owen. As you can see behind me, I’m in front of one of the world’s most famous wedding chapels, Blossom Park. It’s famous for its cherry blossom trees, beautiful decorations, and its horse and carriage buggy rides.

Only a few weeks ago, it was here where former Heartthrob, Maddox Brock, wed none other than movie star and Sims Academy Award winner, Carmella Parris. The two have been seen together for the past two months and now, it seems they’ve tied the knot, surprising the whole world. It is purported that Maddox will be coming out with his own album later on next year.

We here at Sims Entertainment wish the happy couple many years of marital bliss!

Next, we have a cute picture of the last member of the band, Kaluah. He was the first to get married to his longtime sweetheart, Kate Meadows. I’m happy to report the couple is doing extremely well.

They are organic farmers, living in Aurora Skies. They have one child–a little boy named Kai.

Owen: It sure does, Gabby. Oh wait! I’m getting word that we’ve found James and Lexie at their vacation home in Selvadorada. It looks as if they are playing with their three year old son, Liam. Let’s peek in on how they’re doing. 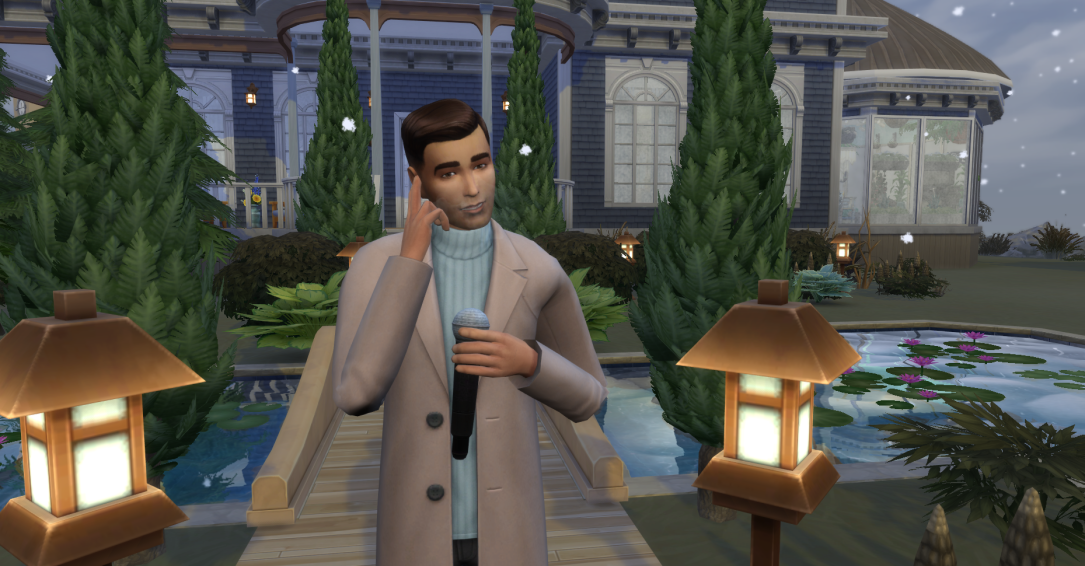 James: Shhh…Liam. Don’t show Mommy we have these water guns. Okay? It’ll be a surprise.

Lexie: Hey…what are my two partners in crime whispering about? Hmm? James: Oh my God! Is that a parrot in that tree over there?

Lexie: Where? I don’t see anything. Lexie: So help me God, James, YOU BETTER NOT! 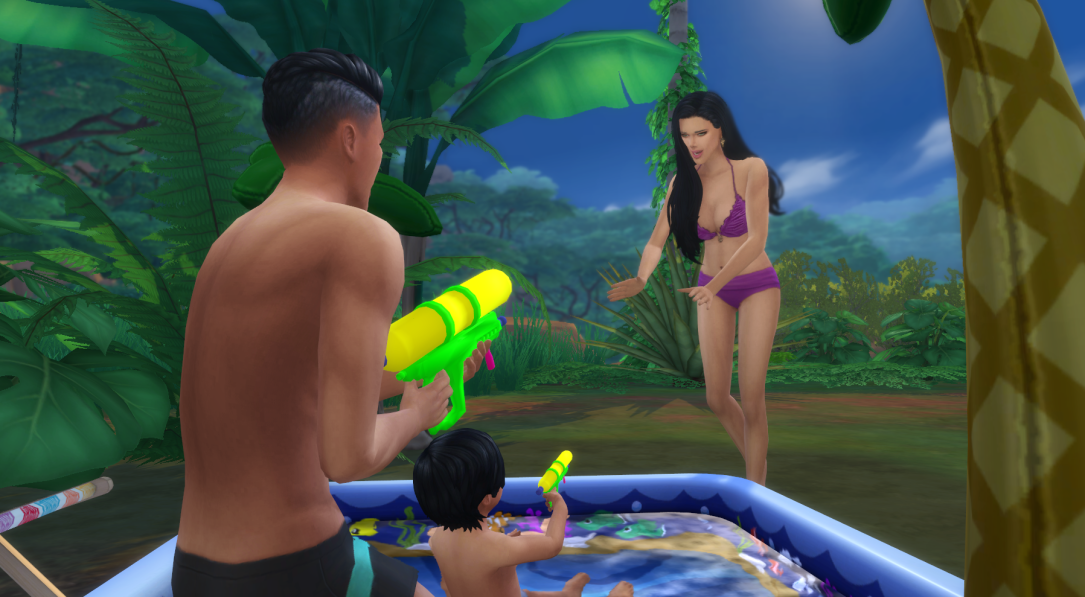 Owen (laughing): Well, it looks as if Lexie is about to get soaked. As you can see, the family is doing superbly and Lexie is about five months pregnant with another son.

On behalf of Sims Entertainment and the whole country full of their fans, we want to wish them a happy and healthy vacation.

And on that note, we’d like to announce that James and Lexie have a reality tv program coming out called, “Heart & Day”, where we follow them around on their normal day to day activities in the couple’s crazy famous lives. Should be a good time for all.

I’m Owen Betts, signing out and wishing you and yours a Merry Winterfest.

Where Are The Heartthrob’s Friends?

Reese and Copper live in a small apartment in San Myshuno. Reese still works at a marketing firm, rising in the ranks. She’s now a senior level manager. Sadly, she lost her baby and had to have a hysterectomy. Copper had their child, Nina, and the happy couple are expecting another child soon! Copper has her own pet sitting and grooming business. 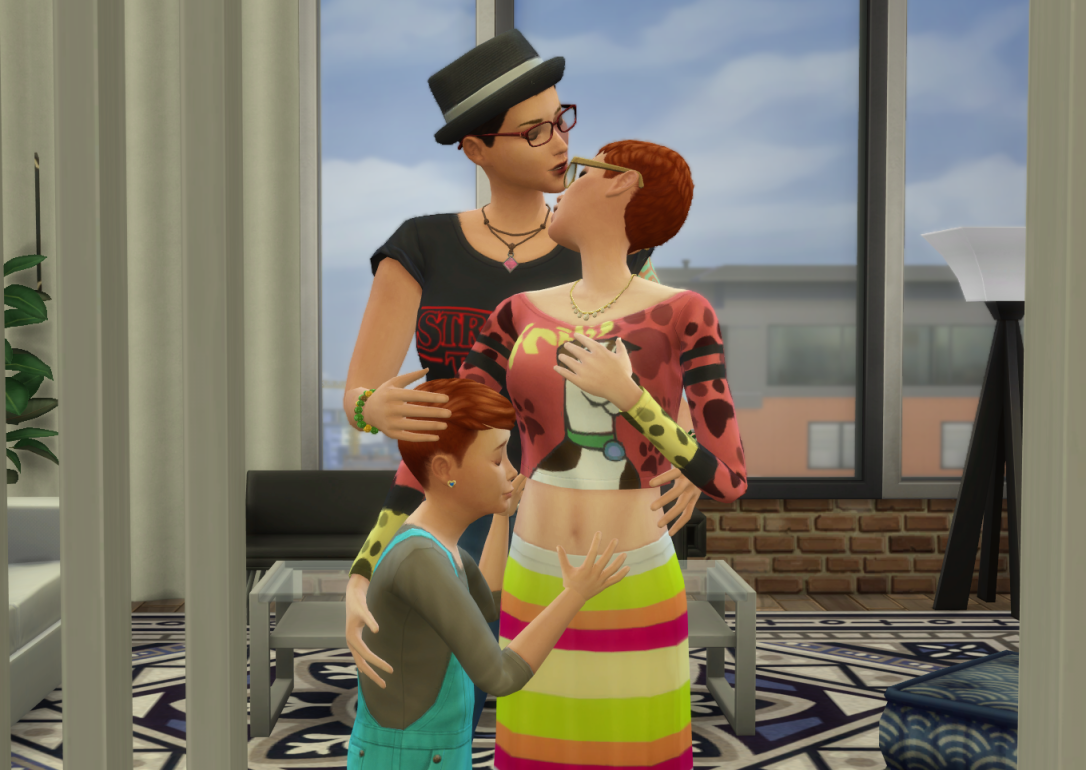 Colin broke up with his latest boyfriend and is now dating one of Lexie’s bodyguards. The couple is very much in love. We expect to hear wedding bells any moment.

Cory has quit his band and is now in production with Dayspring Records. We will find out more about him in Generation 6.

Thank you for reading this silly epilogue. I hope you liked it. Remember my new adventure fantasy, THE WISHCASTER will update on Monday. If you’d like to receive notices about it, just subscribe by hitting the follow button at the bottom (if you have a WordPress site.) If not, here is a discord server I’ve set up: WISHCASTER DISCORD. I will also post a thread on the Sims Message board. And I’ll be updating on Tumblr as well.