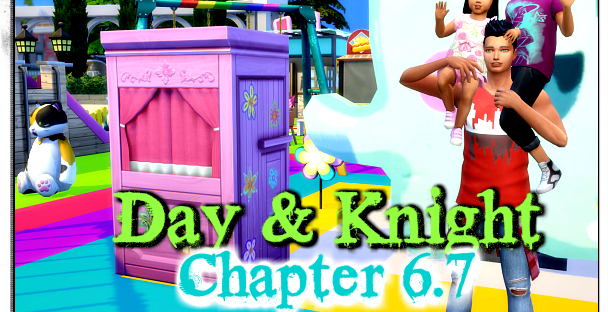 I felt like the worst mother on the planet. How could I have just left Brandy alone like that last night? But I was in total panic–like my marriage was crumbling right in front of me when James told me his news. I mean, he knew how I felt about his acting career. He fucking KNEW I hated everything celebrity stood for and yet he didn’t care. But I shouldn’t have let him get to me like that enough to ignore my children. Inexcusable. And like holy HELL it wasn’t going to happen again. I’d make sure of it despite what my husband did.

I sat Brandy down by her playhouse and walked over to my sons.

Crap. They were in a fight to the finish, racing cars on some video game. “Hey…Liam? Can I speak with you a sec? It’ll only be a minute.”

“Sure, Mom,” Zack answered instead. “He’s getting his ass kicked.”

“Language, Zack,” I said. Being “the Mom”, I couldn’t let cussing slide, although no one in this house listened, including me. I just hoped Brandy wasn’t going to get voted in her preschool as the one most likely to become a sailor by kindergarten. Talk about embarrassing.

I waited for a few minutes and watched Zack blast Liam’s car with a ton of turtle bombs. “Liam, Zack’s right. You’re getting your ass kicked. Now come on.”

“In a minute, Mom,” Liam said, mashing on the controller. “I’ve got one trick up my sleeve.” He hammered random buttons, and I wondered if he actually knew what he was doing. His younger brother was creaming him at the moment. Liam never was one for video games. That was Zack’s thing. When he was that age, you’d find Liam in a tree reading Henry Puffer for the thousanth time or playing with his wizard set in the backyard.

With a smirk, Zack’s fingers fluidly glided over the controller. “And that’s how it’s done.”

Zack’s car shot out a super blast, making Liam’s go out of control and off the side into an abyss. “SHIT!” Liam moaned.

Zack let out a scary laugh like an evil villain. “Muahahahaaaa!”

After my ass got wiped up and down the video track, I didn’t have an excuse to side step my mom. Honestly, I knew what she was going to say. And it was going to be awkward af.

She was going to talk about her meltdown last night. Apologize like she’d done in the past. And maybe give me some money. Money was cool. Lame talks were not.

She side-eyed me as I stepped toward her. Geeze. I really hoped she wasn’t going to give me the “divorce speech”. Wasn’t that supposed to be done when Dad was home so both parents could tell you how sorry they were?

I sunk into the cushion next to her, tempted to check my phone so I didn’t have to deal. Distraction was key when trying to avoid what came next in your life.

“So…it’s a nice day, huh, Liam?” Mom started. God. This WAS going to be the divorce speech.

“Okay, Mom, cut the bullshit. I know what you’re going to say. You and Dad are finished and we’re all going to divorce court. You want me to tell the judge what a crappy father he’s been while not mentioning the fact that you sometimes neglect all of us. Is that it?”

She looked at me like I’d just tatooed an alien on my face. “Uh…Liam. Your father and I aren’t getting a divorce. I just wanted to know if you’d like to come with me to Freezer Bunny Park. It just opened last week. You know that’s Brandy’s favorite show and I thought…you’d like to go to?”

“I can’t, Mom. I’m taking Mala to Fisherman’s Wharf for lunch then we’re going to hang out with the gang at the beach.”

“Bring her along! I’ll pay for a Freezer Bunny plushie, too. Mala likes those. Right?” Mom had that hopeful look in her eye and with what she’d been through with Dad lately, how could I say no?

Lifting the side of my mouth, I yelled, “Let’s hop on over!” I cleverly quoted the stupid line Freezer Bunny always said in that preschool show. Weird thing. Most teens my age watched it too. I didn’t get it. My IQ dropped by 100 points whenever I saw it.

In my bedroom, I grabbed my phone to call Mala, noticing her Simstagram notification. She tagged me in her latest selfie post: GOING TO THE BEACH WITH MY BAE. AREN’T I LOOKING SUPER CUTE??? #boyfrienddreams #beachboyfriend #arentyoujealous

God. Her heart was set on the beach. And I did promise. But this was for family. Hopefully, she’d understand.

I pressed her number and flicked the phone to my ear, tapping my foot nervously.

“Hey, sweet baby,” Mala cooed on the line, “what time are you picking me up? My butterflies have butterflies. I’m totally going to rock your world today.”

I swallowed. Hearing that was…too much. I wanted to tell my mom no and my girlfriend, hell YEAH! But…responsibilities. Adulting sucked.

“Hey…there’s a change in plans. How would you like to go to the best, newest, most spectacularly awesome park in Brindleton Bay? It’s on anyone who’s anyone’s bucket list. Not gonna lie, this IS your lucky day.”

She almost growled into the phone, “Tell me you’re joking.”

“Listen, my mom’s been having a hard time lately and so…she kind of needs me to be with her. Brandy can be a handful and Zack will be running off playing at the arcade there, so…”

“So, you promised to go with her? Liam August Sanderson-Day, you promised ME first. Or did you forget what you said to me yesterday? Was it all a lie?”

I pulled the phone away from my ear, she was yelling so loudly. “Um…no…? But I just can’t…”

“Yes you CAN, Liam,” she spat. “God! You let your mother manipulate you. When are you going to grow a pair and stand up to her! She’s a grown woman in her forties for God’s sake! She can handle a four year old at a fucking park!”

“Okay. Fine.” She cut me off. “You’ve done this to me for the last time, but I’ll let you make your choice. It’s either me or them. Got it, Liam? And if you’re not here by noon, we’re over!”

I winced when the phone went silent. What the hell was I going to do? Mom was in such a state last night, she needed me. And maybe I could talk her though her problems with Dad.

And the more I thought about Mala’s ultimatum, the angrier I got. Who was she to order me around? I mean, yeah, I’d bailed on her more than once lately, but I had good reasons. She was just being stubborn. And that was a weak threat anyway. She wouldn’t really break up with me. Would she?

Liam had been quiet ever since he got in the car. He looked like someone had taken his whole collection of Henry Puffer gold edition books. “What’s the matter, bud?” I asked. “Are you okay? You didn’t have a fight with Mala did you? Is that why she couldn’t come with us?”

He looked away and shook his head. “No. We’re good. Don’t worry.”

But I did worry. I worried a lot. He was hiding something from me.

The park was so stinkin’ cute, I couldn’t stand it! And Brandy squealed all the way through it. It was freaking hard for me to keep up with her. I was so glad to have Liam here, although if it’d made trouble with Mala, I would have liked to know. He didn’t have to come. I’d just wanted to be with all my kids. Together.

“You couldn’t defend against the pirate’s parrot,” Zack chided. I would have gotten onto him for that, but I loved their brotherly banter–something I never had growing up. My siblings were much too young. I was always the elder sister–almost like a parent.

Ignoring Zack as he walked toward the arcades, Liam laughed maniacally. “Ahoy! I think I sees them landlubbers! Captain Brandy! What should we do?”

“Walk the plank!” she cheered.

Those were the magic words. The sim placed cartoon images on Liam as he pretended to “fight off” landlubbers. So cute. I loved my kids so much. A niggle nagged at me, though, thinking James should be here to complete the scene…but…I wasn’t going to ruin this day with those thoughts.

She nodded and raised her arms to be picked up. God, Liam was so good with her. He was going to make a spectacular dad.

As he helped her climb the ladder, my mind strayed back to my husband. Look at what he was missing. Was his career that important? We had enough money to live on if both of us quit our jobs. I just didn’t understand. And living in Del Sol Valley was definitely not the same. I didn’t want my kids around all those celebrity snobs.

Ugh. My eyes started to tear up again. I felt trapped. Like I couldn’t get out of this hole James had created.

“Mommy! I’m coming!” Brandy broke me out of my thoughts.

“Got you!” I said, looking into her sweet face. If someone could die of cuteness overload, I’d be six feet under by now.

“Hey, Mom,” Liam called. “Let’s go to the other side of the park. I saw some cotton candy.”

She nodded and clapped.

On the way, I made them pose for some pics.

I’m sorry, but I had the most beautiful kids. But I guess Moms always think that.

“Mom,” Liam said, nodding. “The cotton candy is over there behind you.”

I turned around, looking for it.

And then my limbs felt like noodles and my mouth turned to cotton.

A Tangled Story of Vampires and Glory