Damn. Not another breach in security. I was going to have Anderson’s head on a platter. Why the fuck couldn’t some asshole we’re paying way too much money ward off a few  teenagers? Was our privacy too much to ask? I couldn’t count the number of times we’d been mobbed, my clothes ripped off my body. One time, a crazy teen pulled my sunglasses, scraping my ears because she wanted to see my “gorgeous blue eyes”.

Charlie, don’t talk to them, I wanted to shout. It’d just encourage them to jump us. Then I noticed these weren’t teens.

And one in particular caught my eye.

If every Throbber looked like that, I wouldn’t mind a few groupies hanging out. But before I could gawk a little on my own, the beautiful fish swam away.

“Whoa. Who was that?” I asked. “She’s not the typical Throbber.”

“Hey, boys,” her friend said, twirling her fingers. “Would you like her phone number?”

I made Gabby promise never to ask me to go to another Heartthrob concert again. Sure I was Charlie Tsui’s number one fan, but meeting him was like standing next to a god. You don’t mind looking from afar, but being right next to him? I thought I’d get torched on the spot.

Thankfully, today I was meeting up with my best friend, Brooke Marx. We’d been friends since my junior year in college when we met at Geek Con. We both bumped into each other at a LARPing (Live Action Role Playing) booth. I was kind of interested in it, but Brooke was practically made for the game. She was now in a huge gaming league and was trying to develop her own LARPing system. Unfortunately, she hadn’t found a real job in a few years, so her rich parents were threatening that she was going to have to move back to Brideport and live with them in their huge mansion full of old relatives and goofy cousins (her words, not mine! I’ve met a few of them and I think they’re cool!)

Geeks R Us glowed like a pink beacon on the water.

I’d been waiting on this night for two months! It was the Super Serafina cosplay contest. I’d sewed my costume, bought a pricey wig, and commissioned one of my fellow co-workers who honest to God was like a modern day blacksmith to make her daggers.

I was sure to win.

The prize was just a few signed copies of Super Serefina’s newest comic book as well as a super sized poster–not much–but this kind of thing was fun since you got to meet a bunch of other nerds who loved Serafina.

Did I say nerds? More like geek city. But who was I to judge? I was a card carrying member.

One dude dressed like Serafina’s nemesis/love interest, The Slash. He was kind of cute (even though he was a bit big to be Slash).

And then we waited around, not kidding, for an hour on the judges.

“So, like, is someone going to do Serafina’s Slash and Trash move?” one of the guys in the crowd asked.

“Yeah,” his friend added. “We’ve been standing here, waiting. What are you? Serafina wannabes?” “Shut up, dork,” a girl next to me retorted. “You’re lucky you’re getting a good look at our goods. It’s not every day I stand here letting assholes like you rubberneck. Where’s the manager?”

“Now, we must be patient,” Brooke said in her always sunny voice. “The judges are just a little late.” That’s what I loved most about Brooke–no matter the situation, she found the good side in it.

“Late, my ass,” the girl next to me said. “More like they had something better to do with their lives unlike us.” I liked that girl’s sass. As soon as we were finished, I decided to introduce myself.

“You thinking what I’m thinking?” the dude in glasses said. “Oh my God…what the hell am I doing with my life to have to be insulted by asswipes while I shiver in the air conditioning in nothing but a body glove? I knew I should have listened to my grandmother and finished my pHD.” The jerks walked out as a woman sauntered over to us. “I’m very sorry, but we’re going to cancel the contest tonight. One of the judges has a conflict in his schedule. But here’s a couple of 10% off coupons you can use on any merchandise in our shop.” “You see?” the girl said, waving her authentic Serafina Staff. “They just crap all over us then give us a measly ten percent coupon when I could find a better one online. This sucks balls.”

“I’ve got an idea,” Brooke said, “Let’s see if they have any freebies upstairs. They’re bound to have at least knock off comic book merch for us to scour.”

“Yeah!” said another Serafina cosplayer with the hot pink hair.

I ambled over to a gaming system and found the newest DLC to Black Scourge, my favorite MMORPG. “Ladies, do any of you like BS?”

Everyone’s eyes lit up like a kid on Christmas Day. One girl answered, “I’m a 100 Level Dark Elf who can speak the rare High Language. You?”

Without pause, I said, “I’m a Level 120 Grunt Orc who can kick anyone’s pansy ass in five seconds. Heavy armor, two handed swordskill. All around tank.”

“My girlfriend is a fairy healer.” What I guessed was her girlfriend waved at me. She even looked sort of like a fairy.

Brooke geeked out and added, “I can back you up with my bow, if you’ll allow me to join!”

The funny chick also wanted to play which left the magenta haired girl who said she had a few characters to choose from.

And just like that, we formed the Super Serafina Sisterhood Guild. We made the clerk take our picture:

Brooke and I stood on some chairs at the top (which we photoshopped out). The sassy girl’s name was Domina Langosta. On the left was magenta hair–Kate Meadows. And the other two were girlfriends, Copper Collins and Reese Greer.

We kicked some dragon zombie ass that night. It was awesome. 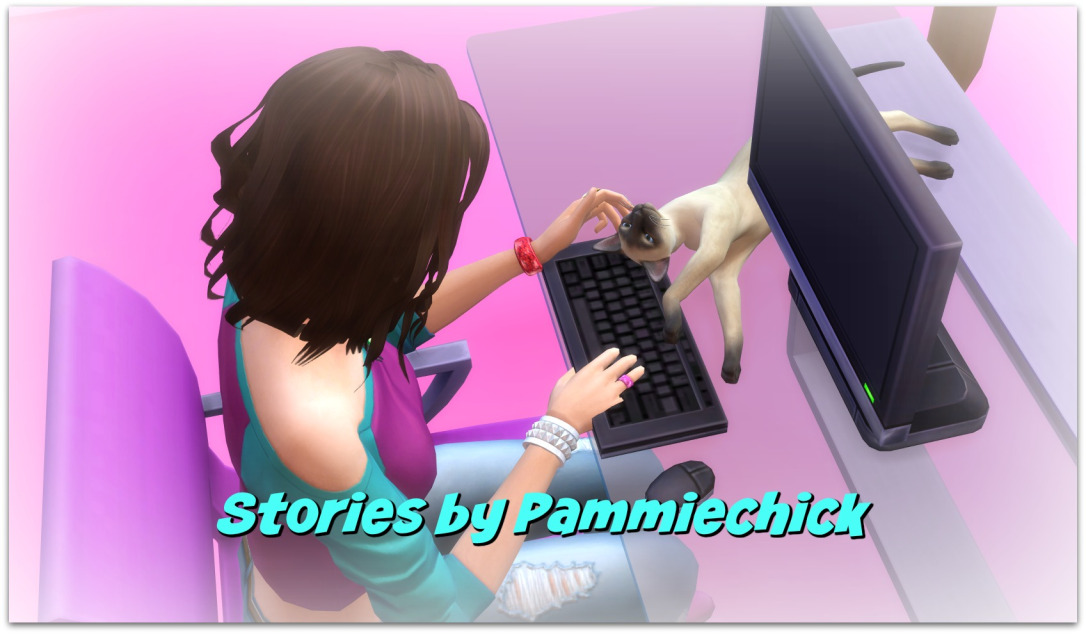