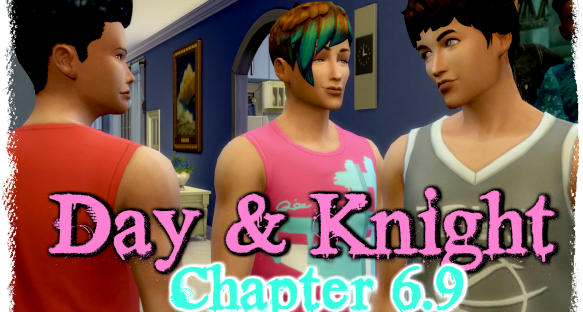 As soon as we got home, I booked it to Mala’s. Sure she was mad at me but I’d bet all the money I saved for my jeep that she’d cooled down by now.

I scrolled through how I was going to approach her. Wished I’d brought flowers but maybe that was a bit cliche. Begging. Dropping down on my knees. Pleading. Those were the things Mala liked. Yeah. Done that more than once but she was worth it.

I peeked through the door and saw no sign of her. Maybe she was in her bedroom.

Her brother, Uriah, came to the door followed by Dusty. Still hated their guts but they’d been decent to me lately. They left me mostly alone.

Surprise, surprise, Uriah stuck his hand out. “If it’s not the kid of the next Sarvel superstar. Let me shake your hand.”

Was there some snark behind that compliment? Uriah always gave me shit. “Cut the comedy, Uriah. Is Mala home?”

“No, I’m serious, dude. That’s like totally mind blowing your dad got a sweet gig like that.”

“So true,” Dusty said. This was the first time the guy did something other than smirk at me when I came over. “And to think we might become relatives if you and Mala get hitched.”

Hitched? I’d have to crawl out of the doghouse first. “Speaking of Mala, where is she?” I asked.

Uriah shrugged. “Dunno. Guess she’s in her room. Dusty and I just got home from working out. We haven’t seen her. But hey, come over any time, dude. Let’s hang out, okay?”

I did a double take. Uriah Murdick was asking ME, the biggest geeky loser, to hang out? (I think those were the terms he used for me the last time I’d visited.) He must have had a fever. Or caught the Flamer sickness. My Dad’s fame was already getting annoying and he hadn’t even accepted the job yet.

Uriah patted my back then took off for the kitchen. They guy could eat the contents of the whole refrigerator and then complain he was still hungry.

The door was open, so I peered in and…

I was blasted with the scene of my FUCKING girlfriend making out with Oliver Treadstone–a super popular dude from our high school.

“What the FUCKING HELL IS THIS?” I shouted.

They pulled apart like the guilty assholes they were.

“How could you?” was all that came out of my mouth. My body was literally shaking and I felt like puking.

She looked away. “Y-You…made your choice. So…I’ve made mine.”

“You couldn’t wait a few hours so we could talk?” I shook my head. Oliver was right. I was the most worthless loser on the planet. She just treated me like a piece of garbage.

Things didn’t get better when I got home. I wanted to scream, cry, punch things, tear my hair out, but instead, I got another face full of someone cheating. I was so sick of this shit! Didn’t anyone have any integrity anymore? I mean, come on!

Well, maybe cheating was a harsh word for what Mom was doing with Mr. Clavane. They were just talking and watching a movie.

But Mom hadn’t looked this happy in months.

I wanted to kick the guy’s ass right there but it wasn’t my place.

I could read his sneaky, wormy mind though. Since Dad was gone (and HE was in the doghouse like I was with Mala), this idiot thought he could sweep Mom off her feet.

But not on my watch. I had to do something about it. I certainly didn’t want my parents to split. And having Mom cheat? No fucking way.

I got up to my room, trying to figure out what to do. I mean, I didn’t think Mom would cheat but if things kept going like this, who knew what might happen? Mom was lonely and she was so miserable about what Dad was doing maybe half the world wouldn’t blame her.

There was only one thing I could do. Call Dad.

“Nothing good. Do you know who’s sitting in the living room with Mom, watching a movie?”

“Hmm…her dad made a surprise visit?”

“Does Cory FUCKING Clevane ring a bell to you?”

I didn’t hear anything and then he said, weakly, “Her ex-boyfriend?”

“Yeah, so if you don’t want a trip to divorce court, I expect you to get your ass home. Pronto.”

“I know your mother. She’s just good friends with him. Always has been. You’re worrying over nothing, son.”

“Oh yeah? Want to bet? Because it wasn’t your shoulder she was crying on last night. She’s miserable, Dad. You should have seen her. And if you pulled your head out of your ass now and then and paid attention to your family, you’d know this. So, I’m giving you a warning and if you don’t want to listen then you’re a bigger asshole than the one who’s occupying your space on the couch next to Mom.”

I heard a scratchy sound like a moan. “She’s that upset, huh? No wonder she wouldn’t pick up when I called today.”

“Yeah. She’s hot. Like smoldering mad. I’d wear a teflon suit when you do come home. And a shield might help as well.”

“I hear you loud and clear, son. I’ll catch the next flight out.”

When I got off the phone, my misery overwhelmed me. My girlfriend cheated on me. My mom’s making goo goo eyes at her old high school boyfriend. And I had to threaten my dad to come home or lose his wife.