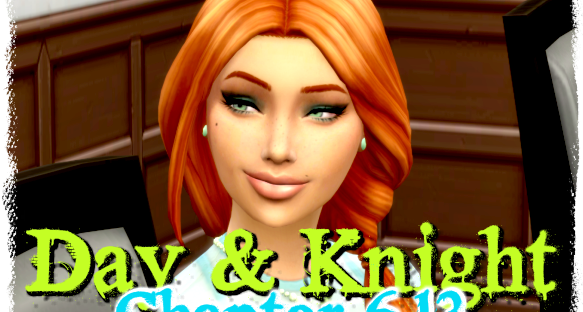 When Ginny Malcom asked me to go rock climbing, my first instinct was to say, hell yeah! But Mala was already steaming from Ginny taking her seat and I knew she wouldn’t like me hanging out with her. “Um…well, I probably shouldn’t.”

She cocked her head. “Worried about your wifey?”

“Really. It’d be fun. My other friends, Melina Hays and Todd Monteira are already coming. The more the merrier! Meet me at Oasis Springs Park at 7:30 in the morning on Saturday. Okay?”

She smiled impishly. “Show up. Then I’ll give you my number.”

Off she trotted out the door, shiny auburn hair bouncing.

Mala was mad for some reason so she wouldn’t speak to me as she walked toward her next class. But then I noticed she’d left her cell phone. I wondered how she ever survived without me on a daily basis.

Catching up to her after school, I said, “Hey…wait up. You left this.” I showed her the phone.

She took it, placing it in her pocket. “Thanks, Lee Lee. I was looking all over for it.”

Trying to look into her eyes, I asked, “Are you mad at me? You know I had nothing to do with Ginny taking your seat this morning.”

I shrugged. “She wanted to know if we’d like to go rock climbing with her and her friends on Saturday. Sounds fun.” I knew Mala probably would say no but it was worth a try.

She hesitated for a second looking away then sighed and smiled. “Oh…okay. What time and where?”

I kissed her cheek. Wow. Thought I’d have to talk her into it.

We made plans to meet up at the park a little early. I thought it was strange Mala didn’t want me to pick her up. I sat on a bench waiting, but after a while, it was apparent she wasn’t going to show.

The sun grew hotter as it rose over the rocks. “What the hell?” I whispered to myself.

I punched her number, waiting for her to pick up.

“Mala, where are you?” I said after she answered.

I didn’t like how her voice sounded guilty as hell. “Okay…well, you want me to come by then? Make you feel better.”

Mala yelled, “NO! I mean…no, that’s okay. Liam, you have fun. It’s not fair to make you miss out since I can’t be there.”

Just then Ginny ran up in front of me. “Are you ready, Liam? Where’s Mala?”

“She’s sick. Look, Ginny, I don’t think I can go. Mala needs me. I think I’ll bring her chicken soup or something. It sucks being sick when your boyfriend is out having fun.”

“But you can’t leave now. You just got here.”

Ginny pointed then shaded her eyes. “And besides. Just take a look at that sun. It’s almost at the sweet spot. You’re going to love the cave we’re going to explore. It won’t take long. She’ll probably want to sleep in anyway and you can bring her lunch. Sound like a deal?”

I should have known Mala would pull some shit on Liam. When he’d told me she agreed to come along, I honestly couldn’t believe it. She just didn’t seem like the outdoorsy type. And she was conveniently sick all of a sudden? Yeah right. But I was happy she couldn’t make it. I could just imagine her wriggling and freaking out over a spider or a worm or wobbling on a rock and Liam having to save her all the time–that would totally annoy.

Finally, I talked him into it. Can’t lie though. He was kind of pouty the whole hike to the mouth of the cave, and I was feeling bad for him. I was definitely friendzoned so I felt like I should at least act like a good friend. “Hey…Liam? If you really want to head back and check on Mala, I’ll understand.”

He pointed and asked, “Hey! Is that the cave?”

Ginny was right. Mala probably would want to sleep in this morning, so I decided to visit her later. Maybe buy her some flowers. I tried to not worry about her while we were hiking but Ginny could tell my mind was elsewhere. I didn’t want to be a total asshole around her, so I decided to put Mala out of my mind for a few hours.

The cave was dark, dank, and underwhelming to be honest. But all of the others thought we’d just discovered gold.

“Who gets to see this?” Melina whispered like we were going to disturb ghosts. “Miners left their pick axes and boxes right here hundreds of years ago.”

“Yeah,” Todd added. “And look at those stalactites.”

Todd never changed. We were fairly close as kids but had drifted apart in middle school. Back then we shared a love of Henry Puffer but he was always playing with his science experiment set instead of video games or Crossing Wands.

“I guess you were right, Ginny. It didn’t take long. The cave is cool though. Thanks for inviting me.”

I was about to give my good byes when Ginny snapped her fingers. “Didn’t I say we were going to go rock climbing? The coolest part of the cave is up there. We’ve got to get to it. Come on.”

It wasn’t as easy as she made it look. I almost fell a few times.

The cave was the most jaw dropping thing I’d ever seen in my life. Crystals glowed. Sun shimmered and there were even these cool glittering dragonflies buzzing around. Not kidding. Totally blew me away.

“Holy shit…this is AMAZING!” I crooned as we all took a breather. Rock climbing wasn’t for sissies.

“Told ya, didn’t I?” Ginny said. I could hear laughter in her raspy voice. But I deserved it. Good thing she didn’t know what I was thinking when I first entered the cave.

I totally got why this was a thing. And I was hooked.